Within our bodies, connective tissues, especially in the aorta, trachea, bone, and skin, contain the highest silicon content. Silicon is present in hair, nails, the outer layer of the skin, called the epidermis, and the hair cuticle. Higher silicon content in hair results in lower rates of hair loss and increased brightness. Nails are also affected by the presence of silicon, since this is the predominant mineral within nails. In fact, soft and brittle nails can indicate a silicon deficiency.

Silicon supplementation has been shown to stimulate collagen production. For example, a randomized, double-blind, placebo-controlled study including 50 women, 40-65 years old, with photo-damaged facial skin, had significantly decreased depth and incidence of fine wrinkles following silicon supplementation. They took 10 mg of silicon for 20 weeks, and various methods were used to evaluate skin roughness, hydration, and other mechanical properties before and after treatment. They were also evaluated on a scale from 0 to 3, where 0 = none and 3 = severe brittleness of hair and nails. During the study, skin roughness increased in the placebo group but decreased in the silicon treated group. In addition, scores for nail and hair brittleness were significantly lower following silicon treatment compared to baseline scores. These improvements were likely due to an increase in silicon-induced skin collagen production, and an overall strengthening of the skin, hair, and nails.

Another randomized, double-blind, placebo-controlled study included 48 women with fine hair, who were given 10 mg of silicon per day for 9 months. The structure and mechanical (tensile) properties of their hair were evaluated before and after treatment. This study showed that silicon supplementation improved hair tensile strength, including elasticity and break load, and resulted in thicker hair.

Getting enough silicon is clear to support healthy hair, skin, and nails which is why it is a key ingredient in our Marine Collagen + Co-Factors powder. Get your daily dose of collagen and silicon at the same time by ingesting this product daily, and reap the many benefits of taking both. If you’re curious about five key benefits of ingesting Marine Collagen powder, click here.

Sign up & get 10% off your first order. Also receive exclusive access to new product launches,  select promotions, and expert tips on how to optimize your skin health regimen. 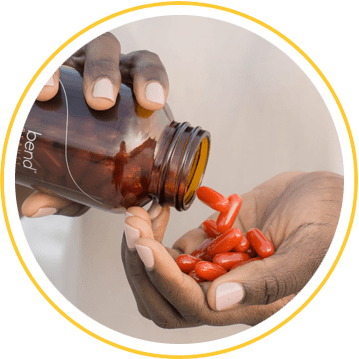 You are using an outdated browser. Things may not appear as intended. We recommend updating your browser to the latest version.